The Survival Mechanism and Learning Language 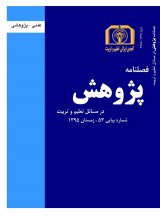 Learning requires attention. Man is not able to direct his attention fully voluntarily. Attention is controlled by Autonomic Nervous System which does its job automatically according to the requirements of The Survival Mechanism that deals with the being of the person. The Survival Mechanism will direct the required attention to the specific subject if only it thinks that it is necessary for the being of the person in that time. Since learning language intentionally might not be considered vitally important for the being of the person by the Survival Mechanism, it will not direct attention to learning language, instead will do to more important subject necessary for the being which is considered in danger at the moment. Incidental teaching creates such a situation to be considered real by ANS to allocate more attention necessary for learning language. The younger the people, the less control they have over their attention, so the more incidental teaching should be .The relevance of the article to the classroom strategies used in academic settings is quite clear if it is proven that learning language happens more efficiently in situations considered real by the survival mechanism of the person, language academies will need to change their curriculum from explicit to implicit ones. In implicit language learning, students’ attentions are not directed to learning activities; instead they are directed to real communications during which the required language items are presented implicitly in such away that are considered real by the survival mechanism. Therefore, the survival mechanism will allocate more concentration and attention to the person, and consequently, they will actually acquire language more efficiently. This is specially more important for non-adult academic settings