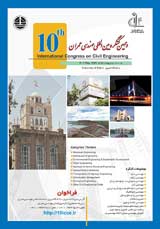 Dams are an important part of this nation’s infrastructure. When populations at risk are located close to a dam, it is important to accurately predict the breach outflow hydrograph and its timing relative to events in the failure process that could trigger the start of evacuation efforts. Surge waves resulting from dam breaks have been responsible for numerous losses of life. Sudden reservoir drawdown caused by partial breach of a dam can create a surge within the reservoir. Positive and negative surges are generally observed in open channels. Positive surges that occur due to tidal origins are referred to as tidal bores. A positive surge occurs when a sudden change in flow leads to an increase of the water depth, while a negative surge occurs due to a sudden decrease in water depth. A negative surge is an unsteady flow characterised by a decrease in water depth. Negative surges can occur downstream of a control structure when the discharge is reduced. They also occur upstream of a control structurethat is opened rapidly or The failure time is very low. For a stationary observer the negative surge appears to be a gentle lowering of the free surface. The Hec-ras model based on the linearized implicit finite-difference model which based on the De St. Venant equations. The various implicit methods of finite differences that have been developed, the Preissmann-type schemes. When the surge occurs, the De St. Venant differential equations are not valid in the neighborhood of the surge. In general, a numerical analysis of unsteady flow in a reservoir has to be able to deal either with zones of supercritical and subcritical flow separated by a discontinuity or with flows that are entirely subcritical. So In most cases the partial differential equations may be solved to obtain The Explicit MacCormack (MOC) model by Method of Characteristics in the neighborhood of the surge. Thus, the models can describe closely the wave formations in the reservoir. They can establish the time and place of surge generation, and they can track the surge whether it is propagating under subcritical, supercritical, or mixed flow conditions. it is very important to understand wave propagation in a reservoir caused by a dam-break. when the failure time is very low, a steep negative wave may be formed. In this case was used software Fortran 90 and write code to solve The Explicit McCormack model. According to This paper provides the Parametric Models methods and numerical model such as MacCormack Explicit scheme and Preissmann Implicit scheme using Hec-Ras tosimulate dam break furthermore it used to predict breach outflow hydrographs .Unsteady flow modeling is often used in dam breach analysis due to the need to obtain more detailed or accurate results. Breach characteristics can be estimated in several ways which is describe the physical characteristics of a dam breach, use of those parameters within the unsteady flow routing model Hec-Ras , and the computation breach out flow hydrograph. The breach parameters will directly and substantially affect the estimate of the flows. Due to this illustrate the failure time is very low, as a result the negative surge occurs, However De St. Venant differential equations are not valid in the neighborhood of the surge. In order to evaluate the effective of negative wave on the outflow hydrograph. according to this, the outflow computed by the simplified model with The explicit method of characteristics (MOC). The results of the Hec-Ras simulation, present that it was relatively closely to estimate peak breach discharges with The Explicit McCormack model.