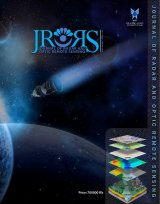 Preparation of land use maps using traditional methods, in addition to spending a lot of time and money, is mainly about efficiency and it does not have the necessary accuracy. Today, satellite imagery and remote sensing techniques have a wide range of applications in all sectors, including agriculture, natural resources, and land use mapping, due to the provision of timely data and high analysis capabilities, variety of shapes, digitality, and the possibility of processing. Satellite imagery Landsat ۸ for August ۲۰۲۰ was used, which after making the necessary corrections in the pre-processing stage, action experimentation or fusion of the desired image using the panchromatic band and spatial resolution of the image was increased from ۳۰ meters to ۱۵ meters. In the next step, four different classification methods, including backup vector machine, maximum probability, Mahalanoob distance, and minimum mean distance were compared. The results showed that the classification method of backup vector machine with average overall coefficients and kappa of ۱۰۰ and ۱, respectively, has higher accuracy than other methods. Priority accuracy of classification methods is in the form of backup vector machine, maximum probability, Mahalanoob distance, and minimum distance from the mean, respectively. Finally, by assessing the accuracy using user accuracy, producer accuracy, overall accuracy, kappa coefficient and error matrix, land use map was prepared in three separate classes.